You are here: Home / Readers / 11 Romance Books You Must Read 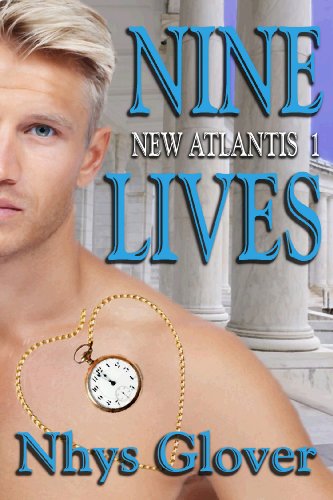 When a handsome young man, claiming to be three hundred years old, offers Cara a chance at a new life in his future utopian world she considers she has two options: back away cautiously or try to help the obviously deluded stranger.

Because it comes naturally to a teacher of autistic kids to help, Cara decides to take the second option. By doing so she unwittingly opens herself up to a passionate new love in an unimaginable new world, where clones extend lifespans and time travel is used to repopulate a decimated human population.

To Jac, Cara appears to be the ideal target for Retrieval: a worthy, productive human being. But when her free-thinking individualism begins to clash with his peaceful, highly regulated world he has to rethink his priorities. How much is he willing to change to keep this loving, beautiful woman in his life? And, more importantly, is he prepared to break the rules that define their very existence to stay with her?

This is the first in the exciting new time travel romance series, New Atlantis, by Australian author Nhys Glover 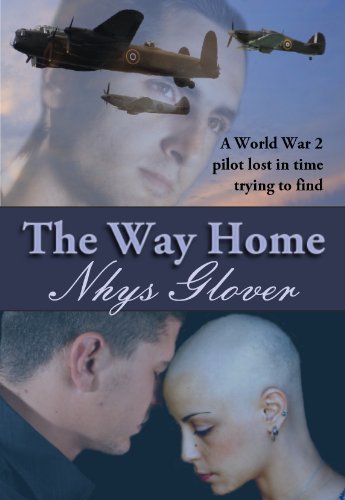 Those who see the ghostly figure of the WWII fighter pilot in the English farmhouse garden at Grange End are destined to die within a week of that sighting. But when Cassie Grant not only sees the Polish flying ace in the garden but talks to him in her bedroom, it’s clear that something more than a prediction of death is at work here.

Hawk has been waiting for something at Grange End for nearly 70 years and from the first moment he sees the fragile beauty at the upper window he realises what it is – Cassie!

But is he there to accompany her to the other side when her time is up or is his increasingly corporeal presence meant for something else? When the enemy of the past becomes the enemy of the present, Hawk is determined to save Cassie from her untimely death, even if he has to cross the boundaries between Life and Afterlife to do it. 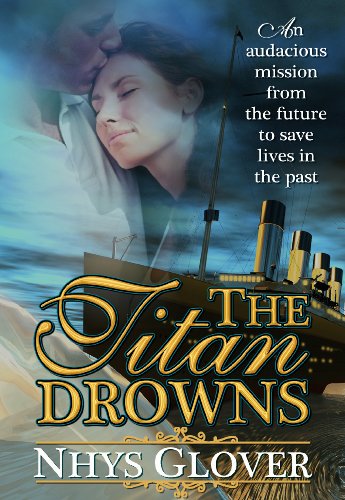 Karl Ontario is a medical researcher not an adventurer, but when an audacious mission is proposed to go back in time to save doomed children on the ill-fated Atlantic liner, RMS Titanic, he makes sure he’s included on the team. Little does he realise that his own future happiness depends on saving the life of just one passenger: Lizzie Faulkner, an unwed mother-to-be.

Eilish Cork is a time travelling Retriever and this mission is like any other to her, until she falls in love with her handsome Target, London barrister Maxwell Ingham, and is asked to risk everything to save him from his tragic fate.

And sweet Pia Rogaland, whose only goal is to rescue the children on board the Titanic until she meets Marco Lorenza, a man she’s not permitted to save.

With time running out, is it possible to rescue those victims history determined went down with the unsinkable Ship of Dreams or will more lives be forfeited trying to carry out this dangerous mission? 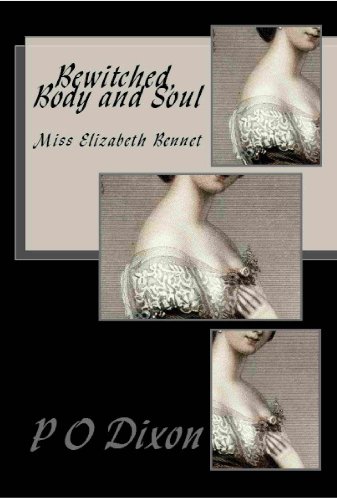 Determined to discover the reason for Bingley’s hasty departure from Netherfield, Elizabeth goes to town in Jane’s stead. Her initial scheme having been thwarted and with nowhere else to go, she turns to one who is sure to put her in Bingley’s path–Mr. Darcy.

Darcy realizes it will take more than time and distance to erase the memory of the beguiling country miss. When she arrives unescorted on his doorstep, will he help her? Or will he soon discover he is in grave danger of falling as much in love with her as ever before?

And what of his best friend’s younger sister who has long had Darcy in her sights? Will Darcy pursue the young lady who meets Society’s expectations of just what the next mistress of Pemberley ought to be or will he follow his heart?

5. Love Will Grow: A Pride and Prejudice Story 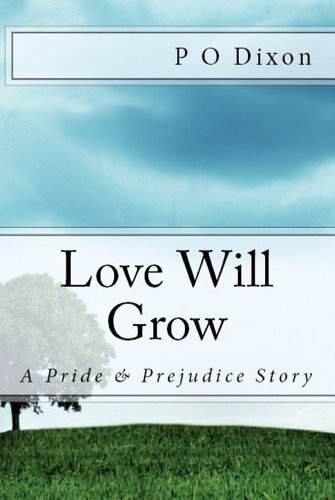 Miss Elizabeth Bennet agrees to aid a wealthy heiress in her quest to secure a marriage proposal from her haughty, aristocratic cousin, Fitzwilliam Darcy of Pemberley and Derbyshire. How could Elizabeth know the gentleman has his heart set upon another?

Darcy barely acknowledges his cousin’s existence. He knows what his family expects of him, but he only has eyes for Elizabeth, the charming and witty young woman he mistakenly believes is expecting an offer of marriage. Truth be told, Elizabeth does not even like the proud man–at least, not in the beginning. 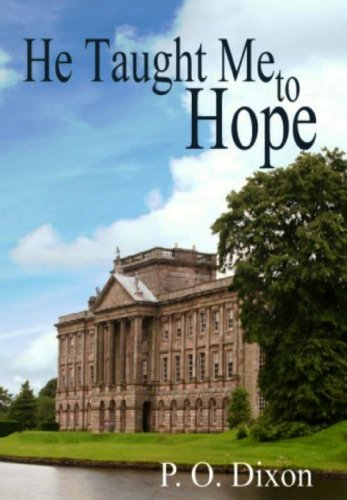 What if Elizabeth is promised to another when she meets Mr. Fitzwilliam Darcy, the one man who captures her heart and imagination like no other? What’s more, Darcy has an entanglement of his own–an engagement of a peculiar kind. As dire as their chance for “happily ever after” seems, is there a measure of hope by way of a strong and enduring bond between them?

7. Virtual Love: Everything You Need to Know About Online Dating 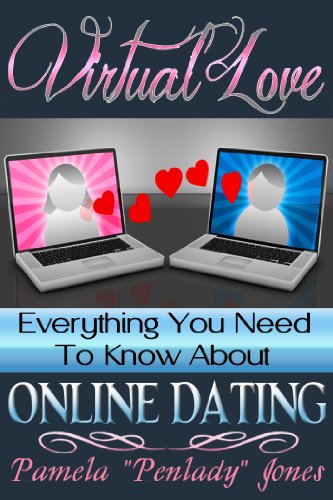 The internet has given people a new opportunity on how to find love: online dating. However, like traditional dating, safety is crucial. Just because you’re communicating with someone via a computer doesn’t mean they won’t hurt you! That’s why safety is important in online dating.

Furthermore, it’s a good idea to have a plan in mind; one which will eliminate bad online dates while guiding you to Mr. or Ms. Right. Without an online dating strategy, you’re sure to encounter one bad online date after another. This will only increase the frustration and loneliness you already feel.

Put an end to bad online dates and the fear that comes with meeting the wrong person with “Virtual Love: Everything You Need to Know About Online Dating.” 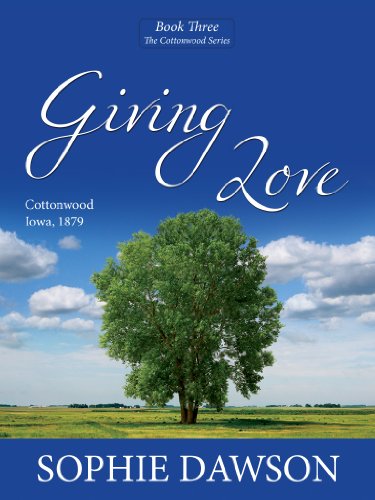 To save Drew’s newborn daughter, he has to ask Katie to do the unthinkable; nurse the infant knowing it will be an arrow to her soul because she has lost both her spouse and child simultaneously. She will do anything to keep Drew from experiencing that same pain.What starts as care for Drew’s children becomes a marriage of convenience. Can love grow from giving of themselves for each other? Will petty thefts and an interfering know-it-all cause more problems than they can overcome? 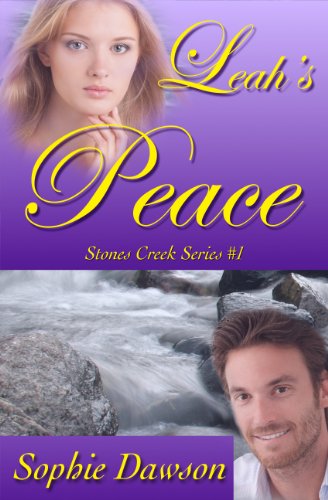 Leah is trying to flee her memories of the Civil War.  She’d followed along as her surgeon father treated Union soldiers in battle after battle. All she wants to do is forget the handsome physician whose career she knew she had destroyed.

Eli, rejected as a doctor by his parents because of the scars on his face, arm and hand, moves to Stones Creek and has found welcome. Eli’s puzzled by the newcomer Leah’s coldness and avoidance. Why does a woman he’s never met reject his friendship? 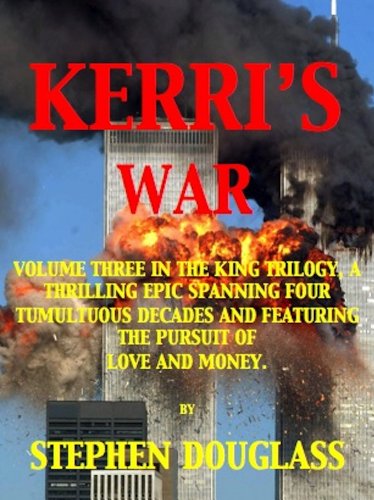 You are about to read the story of a thirty-three year old woman who chose to go to war with the greed and avarice of big business, the overwhelming power of the U.S. Internal Revenue Service, and a billion dollar shareholder lawsuit against her. Simultaneously, she chose to fall in love with a man who was engaged to marry another woman.

Kerri King’s dedication and tireless work ethic had taken her to the top. She was the president and CEO of Iacardi & Sons, one of the largest and most successful commodity trading companies in the world. Everything was perfect, until the company was nearly decimated by the terrorist attacks on September 11, 2001. Tormented by the loss of all but three of the company’s New York employees, and driven to provide a source of income for the families and loved ones of the Iacardi employees who died on that terrible day, she begins the fight to rebuild the company.

Virtually all of the cards and circumstances are stacked against her. The company is broke. Charles and Mario Iacardi, the company’s founders and financial providers, are dead. Peter Tavaris, Walter Deaks, and Billie Dukes, the three surviving New York employees, are vehemently opposed to Kerri’s continuing leadership. Enerco, a gigantic Houston based energy trading company, conspires to purchase Iacardi & Sons, and employs every dirty trick in the corporate playbook to accomplish that objective. Desperate to salvage value for their Iacardi stock, the shareholders launch a billion dollar lawsuit against Kerri, and vote to have her removed as president. In her quest to provide financial relief to the estates of deceased Iacardi employees, Kerri choses to give away to the Iacardi estates every cent of the fortune accruing from her father’s tainted trust. Her decision triggers disastrous consequences doled out by the Internal Revenue Service. 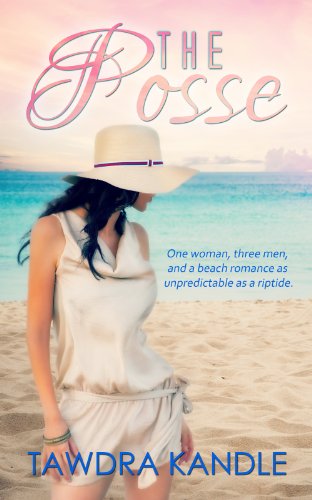 Being a widow at the age of forty-four was never in Jude Hawthorne’s plans. After her husband’s death, she’s left with her family’s beach restaurant and two nearly-grown children. The last thing she’s looking for is another chance at love.

However, if her husband’s best friends, the Posse, have anything to say about it, love is just what she’s going to get. The Posse is determined to take care of Jude, and when they decide the best way to do that is for one of them to sweep her off her feet, three begin to vie for her affections. But only one can reach her heart.

In a story of friendship, loss and second chances, Jude will learn her life is far from being over.