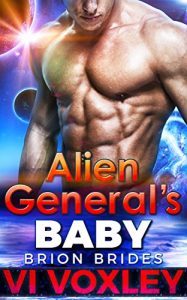 About Alien General's Baby by Vi Voxley As one of the few warriors to ever defeat the Fearless, Brion General Braen is a living legend. Yet when his greatest victory turns to his gravest defeat, the undefeated warrior has to prove himself to the universe... and himself. If matters weren't complicated enough, his fated, his gesha, appears to him right in the middle of it all. Now, losing is … END_OF_DOCUMENT_TOKEN_TO_BE_REPLACED 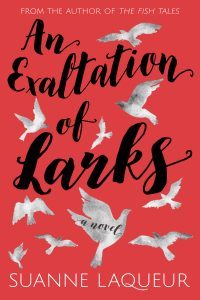 About An Exaltation of Larks by Suanne Laqueur New release: from the award-winning author of "The Fish Tales" comes a novel about emotional coups, second chances and the price of love. "An Exaltation of Larks" follows the crossing paths of Alex, a Chilean refugee who feels unworthy of survival; Val, his fiercely loyal wife, who has protected him since she was twelve; and … END_OF_DOCUMENT_TOKEN_TO_BE_REPLACED 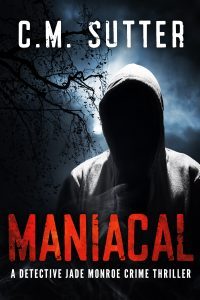 About Maniacal by C.M. Sutter Free Download! Sleepy little North Bend just woke up. The newly promoted Sergeant Jade Monroe, and her partner, Detective Jack Steele, have just been informed of an unidentified male body found at a local lake. The town is in an uproar. The victim was nearly decapitated, and murder simply doesn’t happen in North Bend. As more bodies turn up, the single … END_OF_DOCUMENT_TOKEN_TO_BE_REPLACED 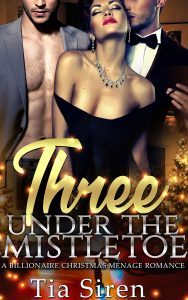 About Three Under the Mistletoe: A Billionaire Chistmas Menage Romance by Tia Siren I have two hot billionaire bosses trying to unwrap me like a sexy Christmas present! I can’t jingle both their bells for Christmas…. Or can I? Christopher Kinsey is dead wrong if he thinks he can just flash that billion-dollar smile and make me jump into bed with him! Sure, he’s a walking, talking, rich as … END_OF_DOCUMENT_TOKEN_TO_BE_REPLACED 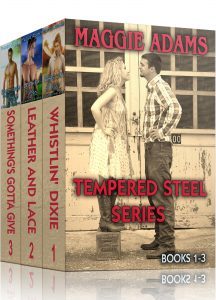 About Tempered Steel Series by Maggie Adams Special Sale Price of $1.99 from November 18-December 31, 2016!! Three books for less than the price of one! Meet the Coalson brothers in the first three books of the Tempered Steel Series - A few years ago, the tiny village of Grafton, Illinois, nestled along the banks of the mighty Mississippi River, was completely destroyed by flood. Mac … END_OF_DOCUMENT_TOKEN_TO_BE_REPLACED 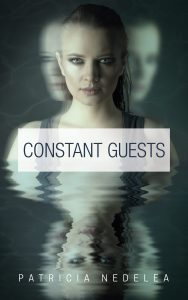 About Constant Guests by Patricia Nedelea How would you feel if you found out one day that your mother wasn't your mother and nobody had a clue who your father might be? This is what happens to Isa, a cynical party girl from Paris whose life is abruptly changed. When Mara, her real mother dies in front of her eyes without saying a word, Isa wants to find out what Mara was searching for in … END_OF_DOCUMENT_TOKEN_TO_BE_REPLACED 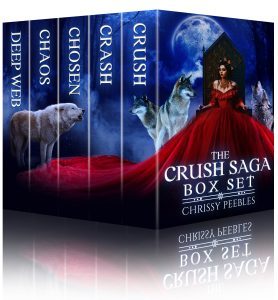 About The Crush Saga Box Set by Chrissy Peebles 99 cents limited time only! From 11/15/16 to 11/18/16 $15 of books for 99 cents! I was born to die... But to defy fate is to control your own destiny. Moving to Big Bear Lake was supposed to be a fresh start, but when Taylor Sparks is thrown into a supernatural world, her reality comes crashing down around her when she finds out she’s a KEY … END_OF_DOCUMENT_TOKEN_TO_BE_REPLACED 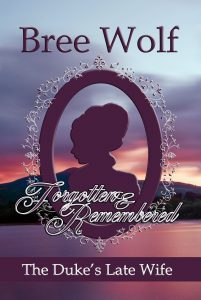 About Forgotten & Remembered - The Duke's Late Wife by Bree Wolf Perma-free Regency Romance! One night, they found themselves under some mistletoe. Now, he owes her a kiss. And she is determined to claim it. … END_OF_DOCUMENT_TOKEN_TO_BE_REPLACED 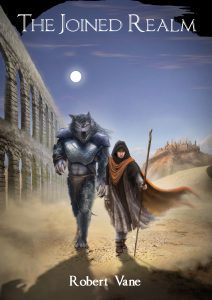 About The Joined Realm by Robert Vane In a world where those with water rule, and the rest are slaves fighting to be free, Arlon Ghosbane is forced to flee from his homeland into the dry expanse beyond. Guided by a renegade howler, he will discover the lost secret of his world, and face a choice that will determine the fate of the Joined Realm. "This book is a magnificent reminder of … END_OF_DOCUMENT_TOKEN_TO_BE_REPLACED 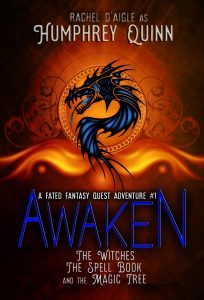