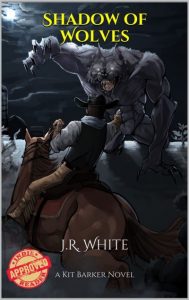 Shadow of Wolves by J.R. White A tortured gunfighter. A Navajo outcast. – And the Creature whose claws would stain the stones of the Mojave red. Flush with raw silver and ruled by a baron with an iron fist, the tiny mining outpost of Shank’s Point is under siege by a sinister evil. When the rising sun reveals the claw-torn bodies littered among the rocks, John Swift-Runner calls on his old … END_OF_DOCUMENT_TOKEN_TO_BE_REPLACED 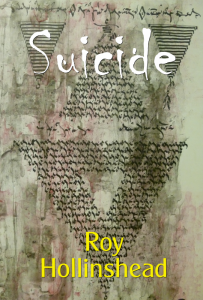 Suicide by Roy Hollinshead Like any young guy Adam Kyle was never one to turn down a party, especially when the host was a gorgeous brunette with wealthy parents. The venue was eccentric and strange to say the least but money could buy these standout items most people never got near. A great time was had by all and Adam barely remembered who he was by the time he passed out. How he would … END_OF_DOCUMENT_TOKEN_TO_BE_REPLACED 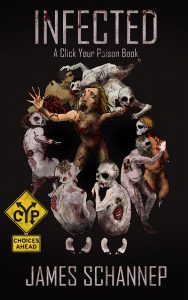 Infected by James Schannep 3 Unique Storylines. Over 50 Possible Endings. Just one question... Will YOU Survive the Zombie Apocalypse? Everyone has their plan; what they'd do to survive if and when the zombies come. Now you can see how you'd hold up against the legions of undead--without needing to call the CDC because crazed bath salts users are trying to eat your face off. Here's how it … END_OF_DOCUMENT_TOKEN_TO_BE_REPLACED