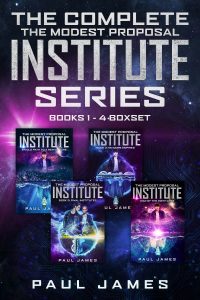 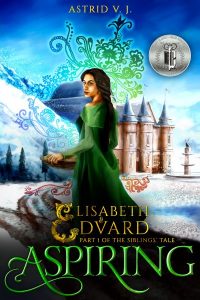 Aspiring, Part 1 of the Siblings' Tale by Astrid V.J. At her mother’s death-bed Elisabeth learns that her mother’s illness is no accident and that her own life is in danger. Evil witches are plotting to take over the kingdom of Vendale. All alone, naive and untrained, Elisabeth’s determination is all she has to confront her mother’s murderers as she discovers love at the same time. While … END_OF_DOCUMENT_TOKEN_TO_BE_REPLACED 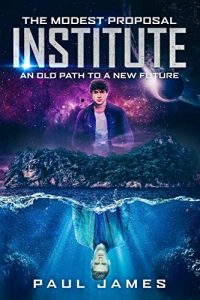 The Modest Proposal Institute by Paul James The Modest Proposal Institute's Founders are looking for a return to mankind's past inventiveness, which they see being lost. Their belief is justified when their teenage pupils become men who use their programming skills to amass fortunes before heading out into space and down to the ocean floor. Books 1 - 3 are now 99 cents. Book 4 debuts June 4, … END_OF_DOCUMENT_TOKEN_TO_BE_REPLACED 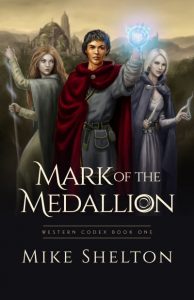 Mark of the Medallion by Mike Shelton He lost his family... ...He’s got voices in his head. And he’s more powerful than they ever imagined. Fifteen-year-old apprentice Kyril is sick of being bullied. And after a tragic fire leaves him orphaned with out-of-control thoughts and powers, he can’t wait to escape constant taunting at the wizard academy. So when a dicey faction entices him with … END_OF_DOCUMENT_TOKEN_TO_BE_REPLACED 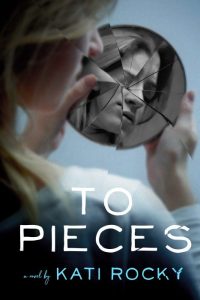 To Pieces by Kati Rocky To friends and family, Jane seemed like a normal teen... until one day she didn't. Jane Flynn – an average “Plain Jane” finds life taking a dramatic detour junior year of high school when she undergoes her first bipolar episode. This novel takes us on a wild ride through Jane’s descent into dark depression and rise into out-of-control mania, while juggling school, first … END_OF_DOCUMENT_TOKEN_TO_BE_REPLACED 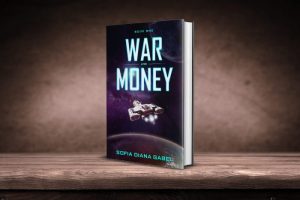 War and Money, Book 1 by Sofia Diana Gabel The alien wars are unending. In 2187, Earth has the Katarga trapped on the moon, refusing to allow them to escape. The Piltrak and Jurale are pending threats, which forces Global Command to recruit 15-year-olds as soldiers. Dax, low-status and a non-conformist, never imagined she’d be a soldier, yet she was hand-picked by gruff Commander Viteri, taken … END_OF_DOCUMENT_TOKEN_TO_BE_REPLACED 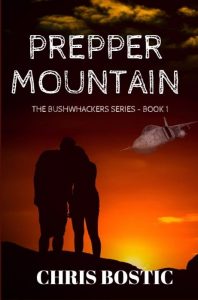 Prepper Mountain by Chris Bostic School's getting out for the summer, and Zach has finally worked up the courage to ask Katelyn to walk home with him—only to find the Feds parked in his driveway again. His unemployed accountant father is an outspoken critic of the recent default on the crushing national debt, which brings on most of their problems with the law. But his mother is the real … END_OF_DOCUMENT_TOKEN_TO_BE_REPLACED 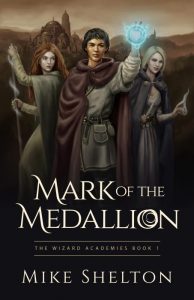 Mark of the Medallion by Mike Shelton He lost his family. He’s got voices in his head. And he’s more powerful than they ever imagined… Fifteen-year-old apprentice Kyril is sick of being bullied. And after a tragic fire leaves him orphaned with out-of-control thoughts and powers, he can’t wait to escape constant taunting at the wizard academy. So when a dicey faction entices him with … END_OF_DOCUMENT_TOKEN_TO_BE_REPLACED 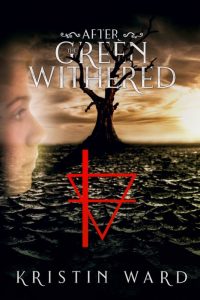 After the Green Withered by Kristin Ward They tell me the country looked different back then. They talk of open borders and flowing rivers. They say the world was green. But drought swept across the globe and the United States of the past disappeared under a burning sky. Enora Byrnes lives in the aftermath, a barren world where water has become the global currency. In a life … END_OF_DOCUMENT_TOKEN_TO_BE_REPLACED 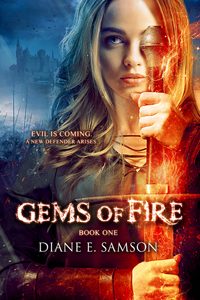 Gems of Fire by Diane E. Samson Palace of Sunderland. Paradise to the peasants. Prison to sixteen-year-old Anna, daughter of the king. She can never escape the castle’s cold walls and scorning disapproval of her father and his brute royal counsel, Seamus. She’ll always live in the shadow of her late mother the queen. Will they ever see her for who she really is? A riding accident lands Anna in … END_OF_DOCUMENT_TOKEN_TO_BE_REPLACED