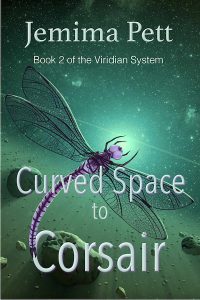 Curved Space to Corsair by Jemima Pett Corsair: a planet in thrall to the Imperium. The Imperium: a dictatorial oligarchy which likes to think it's benevolent. The remnant of Corsair's population have sent out a message for aid, for someone to rescue them... and Pete Garcia is ready to answer their call. Big Pete and the Swede, as they call the two Viridian System asteroid miners, decide to … END_OF_DOCUMENT_TOKEN_TO_BE_REPLACED 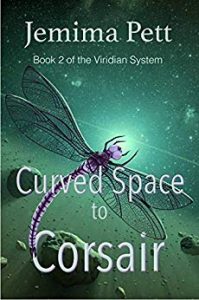 Curved Space to Corsair by Jemima Pett Asteroid miners Big Pete and the Swede deserve a holiday with Maggie and Dolores, but the Delta Quadrant is hardly a vacation spot. Pete has kept secret the call to his home planet, Corsair, to rescue them from disaster. He uses the excuse of Dolores’ training to become a pilot to give give her more space hours, only to send them through a natural wormhole … END_OF_DOCUMENT_TOKEN_TO_BE_REPLACED 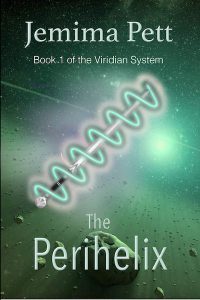 The Perihelix by Jemima Pett Big Pete and the Swede. Two miners, made rich by their excavation of the asteroid belt. Maggie, Dolores and Aramintha. Three women, making a living in the Viridian System any way they can, and mostly with miners. It's a long way from anywhere, and especially from the domineering Imperium and their foes, the Federation. Our miners have secret destinies, secret from … END_OF_DOCUMENT_TOKEN_TO_BE_REPLACED