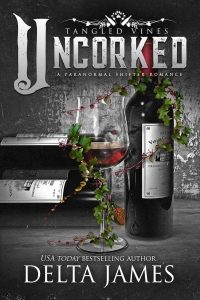 Uncorked: Tangled Vines by Delta James When Hunters strike at the wrong prey, Damian Steele will stop at nothing to claim the ultimate prize… his fated mate. On the backroads of Italy, a fatal accident takes the lives of three of the four people in the car. The only survivor is an unconscious Kinzie Edwards, who is mistakenly identified as her twin sister. In a targeted act of violence, Kinzie … END_OF_DOCUMENT_TOKEN_TO_BE_REPLACED