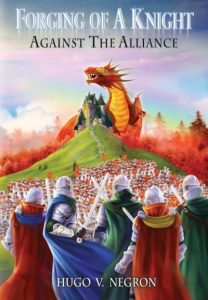 Forging of a Knight, Against the Alliance by Hugo Negron Despite warnings from the Kings of the Alliance and the elves of Hermstingle, a disgraced knight named Qualtan moves forward with his knightly Order, prompting war against his former allies. Only one thing can save them all: for Qualtan to reproduce the quest his uncle and father had undertaken many years ago to defeat Those That Stand … END_OF_DOCUMENT_TOKEN_TO_BE_REPLACED 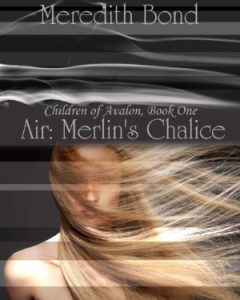 Air: Merlin's Chalice by Meredith Bond People are never what they seem. Scai thought she was safe in her little Welsh village—until the people turned on her, threatening to burn her as a witch. Scai thought that knights in shining armor were handsome young men—until an old man with funny ideas rescued her. Scai thought magic didn’t exist—until she learned she was born with it. Scai thought … END_OF_DOCUMENT_TOKEN_TO_BE_REPLACED