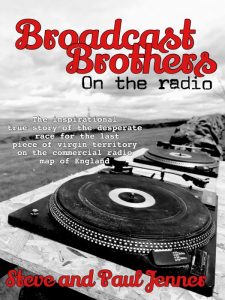 Broadcast Brothers: On The Radio by Steve and Paul Jenner Steve and Paul Jenner Like BritLit? Like the British sense of humor? Like a real, autobiographical story with added rock 'n' roll? Well, this is for you. On Amazon.co.uk this has at the time of writing 17 x 5 star reviews; now we'd like to get that on Amazon.com because if there's one thing an American reader likes, it's a story about … END_OF_DOCUMENT_TOKEN_TO_BE_REPLACED