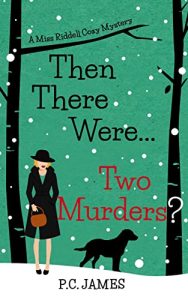 Then There Were … Two Murders? by P.C. James ‘Then There Were … Two Murders?’ is the second book in the Miss Riddell Cozy Mystery series. It follows directly after 'In the Beginning, There was a Murder' where, at the end, Miss Riddell receives a letter asking for her help. The letter is from an elderly widow living out in the English countryside. It’s winter 1953/54 and England is still … END_OF_DOCUMENT_TOKEN_TO_BE_REPLACED 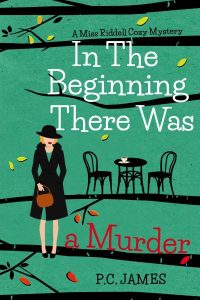 In the Beginning, There Was a Murder: An Amateur Female Sleuth Historical Cozy Mystery by P.C. James When her best friend is murdered, Pauline Riddell finds she must take the law into her own hands if she is to see justice done. It's northern England, 1953, rationing is still in place and the Cold War is heating up. Her fiancé is out in Korea, where thankfully that war is winding down, and … END_OF_DOCUMENT_TOKEN_TO_BE_REPLACED