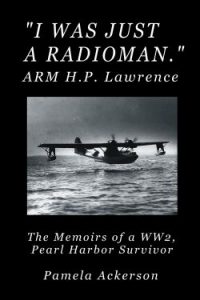 I Was Just a Radioman by Pamela Ackerson Their hearts were strong, and their courage endless. Pearl Harbor survivor, Black Cat radioman, and decorated WW 2 veteran. ARM H. P. Lawrence, tells the true story of the fight against the Japanese in this compilation of his memoirs. One of only a handful of non-Native American code-talkers, H. P. Lawrence became a member of an elite fighting force, … END_OF_DOCUMENT_TOKEN_TO_BE_REPLACED